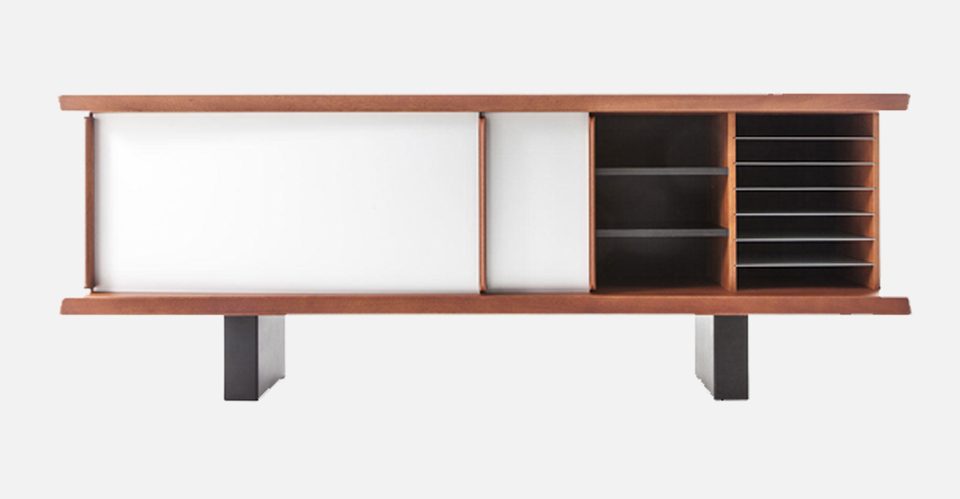 Part of the Cassina collection since 2004, the Riflesso storage unit created in 1958 by Charlotte Perriand in association with Steph Simon has a new iteration. As in the case of the Tables en forme, which were designed in the 1930s and then upgraded in the 1950s to a more mature configuration, this multifunctional piece is characterised by wooden shelves with rounded edges with a strong Japanese influence, which was a common theme in Perriand’s oeuvre.  As was the case with all her furniture produced during this period, the expressiveness of the material itself became a distinguishing feature, creating soft eye-catching shapes of great elegance. Originally available in just one size and two heights, and only in a black finish, the new version is larger. The piece is available in mahogany, the sliding doors being natural or black anodised aluminium.